Amazon Is Showing Us The Way 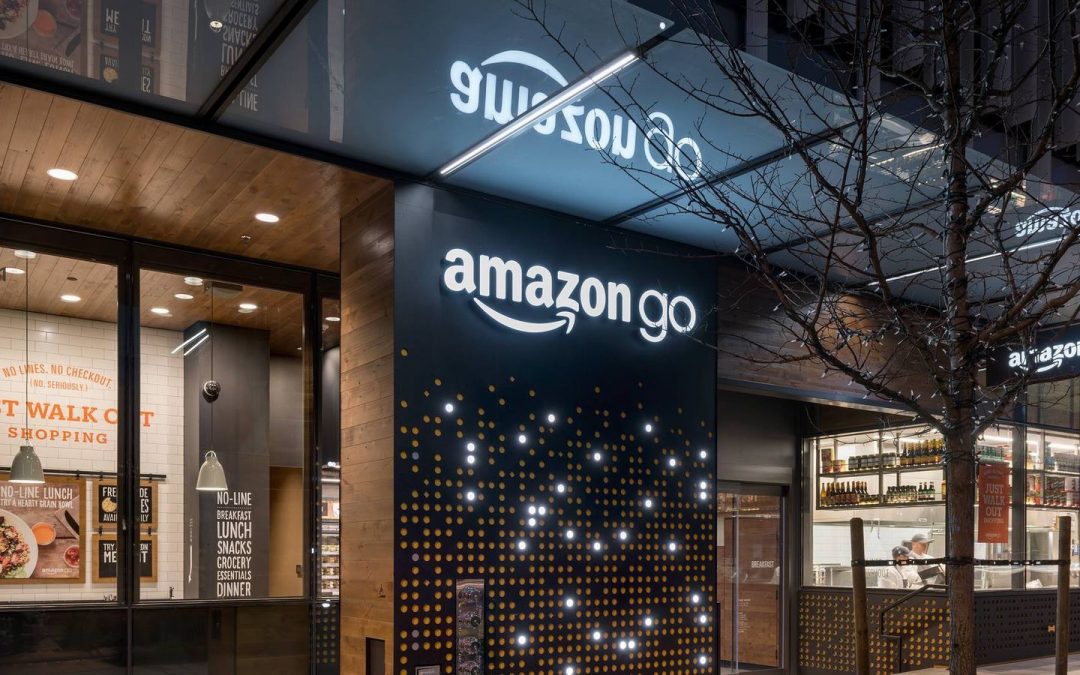 All of us know that Amazon is the online everything store. You can buy pretty much everything you want and have it delivered right to your door.

But while Amazon and the word “online shopping” are virtually synonymous in the eyes of millions, that could soon change with the expansion of AmazonGo, Amazon’s new physical world experience. That’s right—as Walmart, Target, and other traditional retailers rush to catch up to Amazon on the e-commerce front, the company is expanding into brick-and-mortar retail.

But AmazonGo is not like any store you or I are familiar with. Say goodbye to the traditional shopping experience—these stores have no cashiers and no checkout lines.

The differences don’t stop there. In most stores, if you grab something from the shelf, stash it in your backpack, and try to walk away, you’re going to be arrested. Here, they encourage it! What are they doing? The store has hundreds of regular and infrared cameras in the ceiling, tracking you and figuring out what you buy. It’s machine learning, it’s computer vision, and of course, it’s an app on your smartphone.

It’s been clear for a while now that Amazon was intent on entering the physical world. It launched the first Amazon retail stores in November of 2015 and finally opened AmazonGo to the public in January of 2018. They’ve been working on grocery delivery (with limited success). Given the physics and chemistry of groceries, it was pretty clear that Amazon would have to acquire a grocery retailer. While there was uncertainty about which company they were going to acquire, I was willing to bet that it would happen. And it did.

The mere announcement of the acquisition was enough to cause stock market prices and the value of its competitors, other retailers, and suppliers to plummet by 35 billion dollars. 35 BILLION dollars. It didn’t take too long to understand why the market fell so much. Whole Foods used to be lovingly (or not so lovingly called) “Whole Paycheck.” On the first day Amazon took over control, they slashed hundreds of prices at Whole Foods. In one swift move, Amazon has changed –the pricey grocery store’s image. They also began selling Amazon products like the Kindle and Echo in the stores. They even put Amazon lockers into Whole Foods stores allowing for return of items without incurring shipping costs. And if you’re a Prime customer, you can now get free 2-hour delivery from your local Whole Foods.

In sum, by providing a set of complementary capabilities, I would argue that Amazon is making Whole Foods, “whole.” The acquisition provides a level of digital capability to Whole Foods that it never had. From driving operating efficiencies to sophisticated pricing strategy to logistics to customer intimacy, Amazon is superior to Whole Foods. Contrast Amazon’s knowledge of its customer’s preferences with Whole Foods, which didn’t even have a loyalty program. The efficiency that Amazon is bringing to Whole Foods is only going to further increase the pressure on the competition. Already, Target has bought grocery delivery provider Shipt and Walmart has expanded home delivery. Kroger is giving you a scanner when you walk in some of their stores.

These developments are good for all of us, even if we don’t shop at Amazon or Whole Foods, the result of incredible competition.

A key factor in understanding Amazon’s compelling growth story is how it leverages the synergies between its businesses. AmazonGo uses Amazon Web Services to power their AI, through a service called Kinesis. As AmazonGo applies and extends the artificial intelligence and machine learning it sources from Kinesis, new applications and enhancements feed back into Kinesis. The result is a virtuous cycle with each business contributing to the success of the other.

What’s becoming clearer today is how many industries do not operate at their efficient frontiers – where they are getting the maximum output from their investments in capital and labor. This is a key reason why Amazon recognizes no borders. They see opportunity everywhere. They’re partnering with Berkshire Hathaway and JP Morgan Chase in healthcare, they’re looking to enter retail banking, and they’re making a foray into shipping and logistics to compete with UPS and FedEx. They just announced delivery to your car if it is equipped with OnStar so the trunk can be opened remotely!

It’s dizzying seeing what the company is doing. I would just love to be a fly on the wall at a strategy session at one of their competitors, because they’ve all got to be scratching their heads wondering, “How in the world do we respond to a company like Amazon?”

Amazon is not just entering industry after industry. They are showing us the way.